From Langara to UBC's Vancouver campus, with an eye to law school next 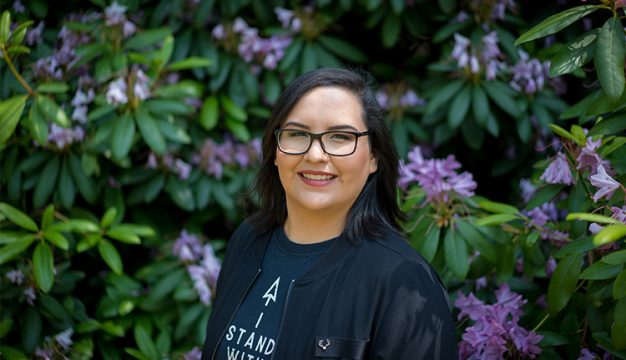 When Laura started out at Langara College, she already had her sights set on law school and a plan in mind to get there. Now a UBC Centennial Leaders Entrance Award winner and fourth year Anthropology student on the Vancouver campus, she looks back at her journey from Langara to UBC through the Indigenous Transfer Partnership.

What drew you to UBC?

I’ve always held UBC in high regard—it seems like the place where smart and successful people go. I chose UBC in part because I want to attend the Peter A. Allard School of Law. My father-in-law graduated from the School and had nothing but praise for the experience. While I’m there, I’d like to focus on Indigenous law, as well as human rights and environmental law. I’m particularly interested in Indigenous land claims in BC and revisiting treaties and Métis agreements in my home territory of northern Alberta.

How did you get involved with the UBC-Langara Indigenous Transfer Partnership?

Would you recommend the Partnership to other students?

Yes, absolutely. The criteria are easy to meet and it’s simple to sign up. If you join the Partnership, you are guaranteed admission to UBC when you meet the criteria, you’re automatically eligible for certain awards (I received a scholarship almost right away for academic achievement), and you have an opportunity to establish closer relationships with admissions staff. That last part helps make the application process less intimidating.

“Reading through the criteria on the IndigenousTransfer Partnership application, I couldn’t see a reason not to sign up.”

How did Langara prepare you for UBC?

The Gathering Space, a communal student lounge with staff offices, was a great place to meet Indigenous peers at Langara – I’m still friends with staff and students I met there to this day. Between that, my involvement with the VOLT Volunteer Program and the Langara Indigenous Education and Services, and the support I received from teachers and staff, I felt well-equipped to go on to UBC.

What was it like switching from Langara to UBC?

The biggest adjustment was trying to find that close-knit feeling of community I had in the Gathering Space. I’ve found solace in CiTR 101.9 and Discorder, UBC’s campus radio station and magazine, where I volunteer as the Indigenous Liaison. The experience has helped me crawl further out of my shell, but it’s still a work in progress! 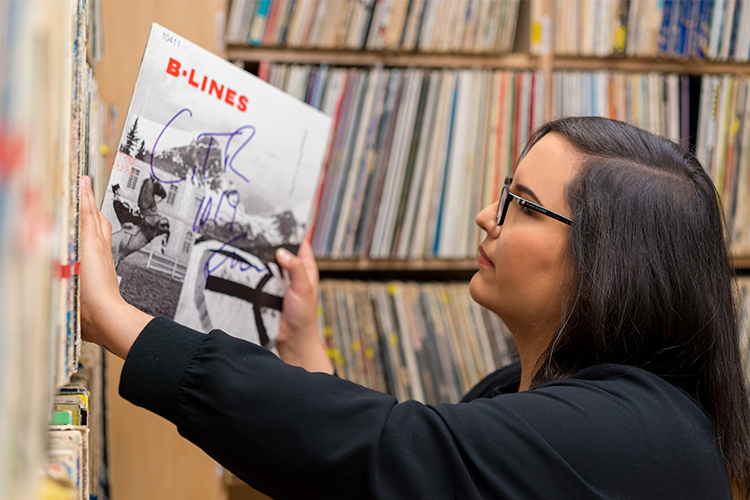 What else helped you transition to UBC life?

It was nice that I got to start at UBC in the summer, when it’s quieter on campus. That made it feel more comfortable, transferring from a smaller school to a bigger school. A lot of students like me come from really small towns and they’re not used to these “big-city-like” universities.

I’m so grateful for my academic advisor, Karlene Harvey, from the Aboriginal Student Affairs team. She’s guided me toward people, clubs, and events that have become important points of contact for me, including the Indigenous Leadership Collective and an LSAT study group she helped organize.

Her team just opened a new office and student lounge in Buchanan D, near Arts Advising, so I’m hoping that I’ll find the “Gathering Space feel” I miss from Langara there. Although I haven’t been able to attend them regularly, I know that the Tuesday lunches at the First Nations Longhouse are a great place to meet other Indigenous students too.

What are some of the highlights from your time at UBC so far?

I admire professors who are involved with Indigenous rights, land claims, environmental sustainability, and food sovereignty. All of my instructors have addressed Indigenous misconceptions in the mainstream and historical record and are working to dismantle settler colonial ideologies.

I’ve been taught by an Indigenous professor – Charles Menzies – and his academic work has inspired me. So far, I’ve had two classes with him: Introduction to Ecological Anthropology (ANTH 360) and Contemporary First Nations Issues (ANTH 329). Next term, I’m taking Gender, Race and Indigeneity in Canada (GRSJ 301) with Dory Nason, an Indigenous professor who I’ve heard amazing things about.

I’m grateful to have found so many Indigenous allies at UBC. In spring 2018, Karlene and the Aboriginal Student Affairs team, First Nations and Indigenous Studies, CiTR, and I organized a viewing of Colonization Road at the grunt gallery. We’re hoping to organize more screenings of films by Indigenous directors and writers together in the coming year. If you’re interested in learning more about CiTR, send me an email at: indigenousliaison@citr.ca.

Thinking about the UBC-Langara Indigenous Transfer Partnership? Contact us at indigenous.recruitment@ubc.ca for more information.