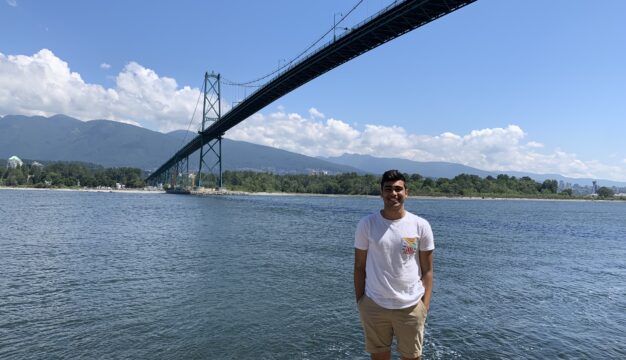 Craig knew he wanted to study abroad, and always had his eye on North America.

While some students come to UBC uncertain about what subject they want to pursue in, Craig was set on mechanical engineering. He knew that some of the top engineering schools were in North America, and wanted to find out what it would be like to live and study in a new country beyond his Dubai home. He chose UBC for its beautiful campus and highly-rated program, and has never looked back. Now in his fifth year, Craig has hiked across the B.C. backcountry, learned to snowboard, volunteered for a local charity, and found friends that feel like family.

What big questions did you have before choosing a university abroad?

I was excited to travel to somewhere super different compared to where I had grown up and have new experiences. I felt as well at the time that I had not challenged myself enough and so I was also personally motivated to see if I could succeed in whatever I tried to do while so far out of my comfort zone. It sounds crazy saying this now, but I had never been to North America prior to coming to UBC and so “What’s it like?” was obviously a massive question for me.

Why did you choose UBC?

In high school I knew that I wanted to get involved in engineering and technology and I wanted it to be in North America. Looking back, I strongly believed that North America was full of opportunity and the place to be, so I applied! I put in my application to all the top engineering schools in Canada and I was fortunate to get into all of them. Academically, all these schools were fantastic and there was no clear way to discern them, and it then became a question of the location I saw myself thriving in. Personally, I love the outdoors and being in nature and I don’t do too well in the cold, so UBC was an easy choice from that perspective. 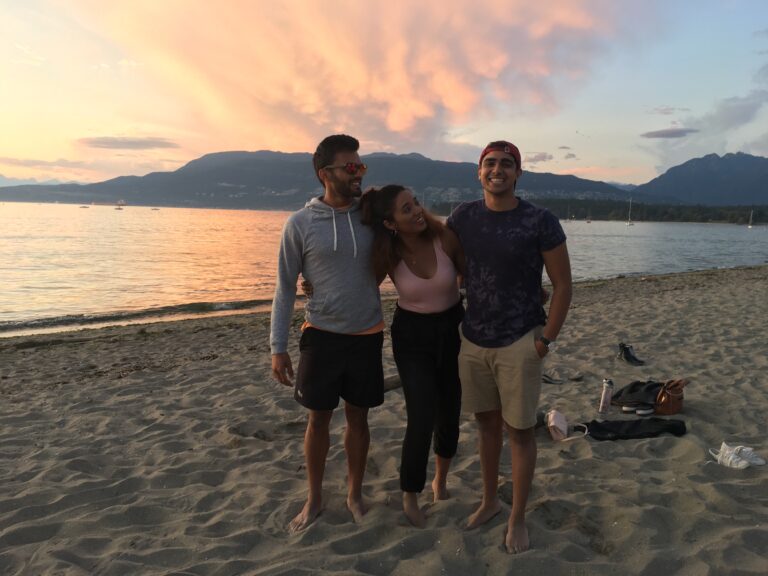 What’s the best part about living in Vancouver?

I’ll start off with the most obvious one – the outdoors! I love telling people that I can slack off on the weekends by going on beautiful hikes or watching insane sunsets at Wreck Beach, Jericho Beach, or Spanish Banks, which are all located relatively close to UBC. Another obvious one is the weather. Vancouver in the spring, summer, and fall is so beautiful. Being from the Middle East where we only really get two seasons, I didn’t realize it was possible for that many colours to show up at different times of the year. Granted, there is the rain to deal with, but I really don’t mind it too much, especially stacked up against other places that have months of snow. Besides that, what might be unique to me is that I love the cafe culture here. There are so many interesting little cafes with their own themes and styles of coffee that I like to go and try. I’m no expert on coffee by any means, but I enjoy experiencing how different cafes are set up and the various ways they make their coffees so unique.

Now that you’re here, what do you think makes UBC distinctive from other Canadian universities?

In terms of campus life, I think the ability to join communities so easily is a great part of being a UBC student. There are 350+ clubs for students to join that span athletic, academic, and general categories. There are clubs that range from the mustache club to the boxing club or the chess club. There really is something for everyone to find their community here at UBC. You just have to be ready to search for it!

I think you’d be hard pressed to find another campus that is as beautiful as this one anywhere in the world.

What communities are you part of here at UBC?

My closest group of friends largely consists of the people I met within my first week of UBC’s Jumpstart orientation program. I think this group of friends stands out to me because they’ve gone beyond the traditional definition of a friend and moved closer to that of a family. It’s great when you are fortunate to find a group of people to unapologetically be yourself with, and that you can rely on for whatever – be it thoughtful discussion, advice, or food when you forget to go grocery shopping.

I have also been part of the same intramural soccer/futsal team since my first semester at UBC. Growing up, soccer was a huge part of my life and something that I was actively seeking out to be a part of at university too. I found a group of people that shared my enthusiasm and four years down the line, the core of our team remains the same! We’ve all become good friends in the process as well. It’s great having competitive games to look forward to on the weekend with teammates that you’re familiar with and get along with. For some of the more enthusiastic members of our team, we even have small training sessions midweek! Winning can be fun too – did I mention we’ve won both UBC intramural tournaments this academic year?

What has your UBC experience helped you achieve so far?

UBC has given me the opportunity to be a part of a lot of different communities and assume different roles within of each of these. As a student and a member of different organizations and communities I’ve had the ability to take on responsibilities that I never had before. As an engineering student, I’ve had my first professional experiences at a company and can envision myself as a fully-fledged engineer, as a student ambassador I’ve become a much more confident public speaker, and as a member of other organizations such as YNOTFORTOTS UBC I have the opportunity to give back to not just the UBC community but to the British Columbia community as a whole.

I’ve gotten the chance to have new experiences like going on hikes, snowboarding for the first time, and learning to cook (and loving it!). I’ve also gotten the chance to meet so many new people and broaden my own perspectives as well as my professional and personal networks. 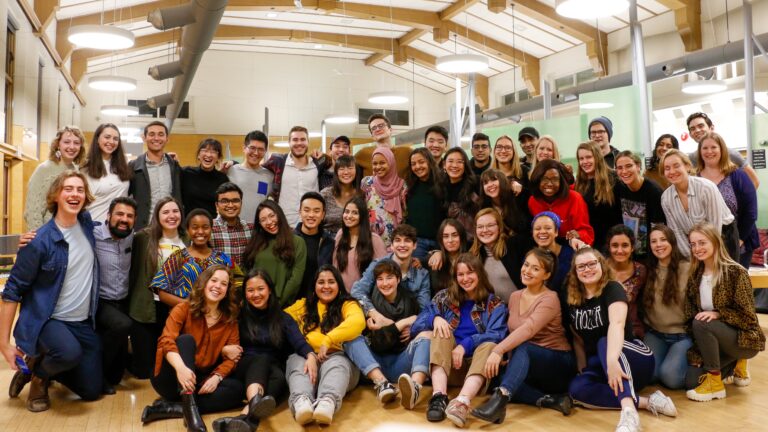 What would you say to other international students who are considering attending UBC?

You truly get out of UBC what you put in. The more you involve yourself with the community and actively participate on campus, the more you will feel at home here. The connections you make and the communities you join will allow you to have a learning experience that is so much more meaningful than what you just get out of the classroom. There are so many places and so many people to share experiences and learn together with. Don’t deliberate too much – just dive in and make adjustments along the way.