Game of Thrones and Cristiano Ronaldo await your analysis. 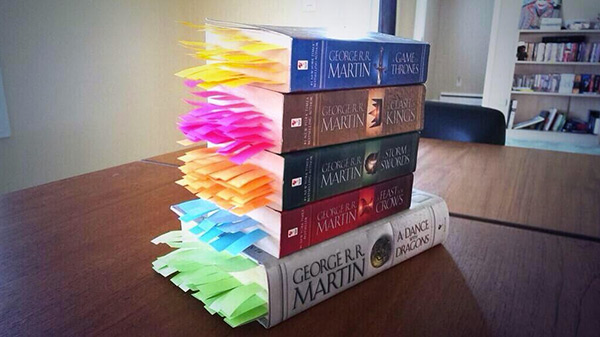 In spring 2016, the English Department on UBC’s Vancouver campus will be offering a Game of Thrones-inspired course centred on A Song of Ice and Fire, novelist George R. R. Martin’s wildly popular fantasy series. In honour of this creative addition to the academic calendar, here are more fascinating UBC courses that fall at the intersection of pop culture and academics.

Course: Our Modern Medieval: The Song of Ice and Fire as Contemporary Medievalism
Subject: English

Using the works of George R. R. Martin, this course examines the role of the medieval in the popular consciousness of the late 20th and early 21st centuries. Martin’s works hold an influential place in the modern imagined medieval, largely supplanting any real notion of the European Middle Ages in the minds of most of its readers and viewers. Topics for discussion include, among others: women; politics; monsters; disability; nature; history; chivalry; objects; place; religion; sexuality; and race.

In this course students engage with the ideologies, industrial histories, socio-cultural contexts, and aesthetics of horror films – and the genre itself – from various Asian cinemas. This course discusses the recent Asian horror phenomenon, beginning with the success of The Ring franchise, as well as the origins of the genre within each national cinema. Students explore how the horror genre’s ability to expose our subconscious fears and its capacity for allegory are employed to re-narrate national trauma and its impact on the individual.

This course examines how women are represented in a variety of genres in popular culture that are influenced by historical, social, and cultural contexts. It also looks at the ideological, institutional, social, and personal implications of these representations, and the use of media to provoke social and personal change.

Various sections of this course take on different topics, examining themes such as danger and discovery, textual constructions of femininity, and post-human bodies and cybernetic selves. Students are introduced to relevant theoretical material and encouraged to develop independent critical responses to the texts. Depending on the course section, readings include classics such as Peter Pan, Little Women, and Treasure Island, and series such as Harry Potter, The Chronicles of Narnia, and His Dark Materials.

Pop culture informs (and misinforms) us about mental health and illness. This course examines representations of mental health and disorders in a variety of popular culture media and industries, and associated implications.

This course undertakes a critical study of the cultural influence of the Internet on everyday life.

In this course students analyze manga, anime, and related consumer goods and cultures in and beyond Japan. It aims to give students a working knowledge of important events, issues, and themes in the cultural history of modern Japan, and how popular culture forms such as manga and anime interpreted and influenced those events and issues. Recent texts covered in the course have included Astro Boy, Osama Tezuka’s Metropolis, Gunslinger Girls, Chobits, and Crimson Hero.

This course ran in 2015 on UBC’s Okanagan campus, and although it’s not currently available, it’s planned to be offered again in 2016/17. It was conceived and taught by Dr. Luis LM Aguiar, associate professor of sociology in the Irving K. Barber School of Arts and Sciences. Dr. Aguiar structured the course to examine “the social and economic forces driving the various constructions of this athlete and what this says about our contemporary values and culture.”